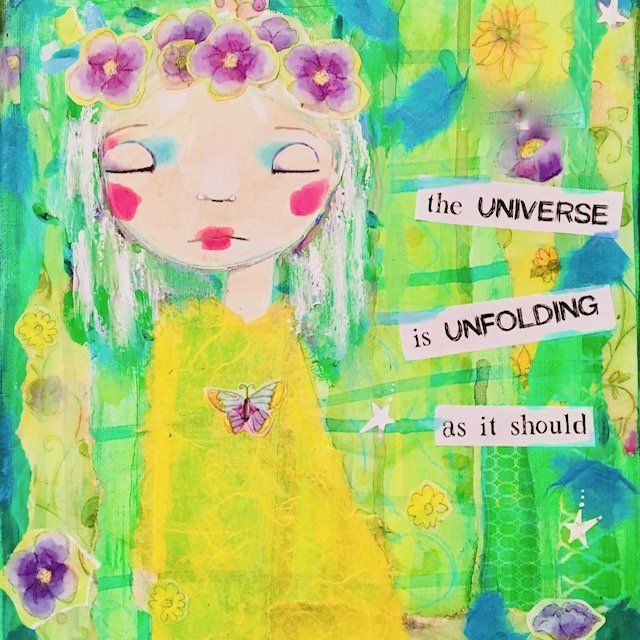 In this lesson, you will be introduced to RASJACOBSON’s creative process, which includes trusting your intuition and using pen and ink, watercolors and collage to create a whimsical girlie. I’m a fan of hand-lettering, and you will get the chance to learn this technique as well. 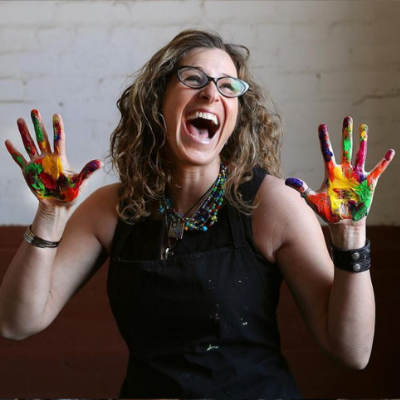 While homebound & suffering from an iatrogenic brain injury, Renée Schuls-Jacobson taught herself to paint, using whatever supplies she had lying around — acrylic paint, colored pencils, oil pastels, paint pens, antique papers & old magazines. Her work features a collective of impressionist portraits, depicted in a whimsical palette – and many of her pieces feature words and affirmations.

Eight years later, she has emerged from her invisible injury as RASJACOBSON. An independent artist whose work can be found in private collections all over the world, she is also a teacher & mental health activist who works to educate people about the dangers associated with long-term psychiatric drug use.